Which is the best Survey for me?

A Full Structural Survey is a detailed inspection of a building which aims to give our client the best possible information on a property in a clear report. Unlike the RICS Homebuyer Survey (which gives a limited overview in a fixed report format) the Surveyor is free to create a report which highlights important aspects strictly relevant to the client’s interest in the property concerned. The duty of the Surveyor is to protect the client from unexpected cost, so far as may be reasonably possible without causing damage to the building during the inspection. Subject to prior arrangement, Tombleson Associates welcome meetings with the client on site at the time of survey, if required.

Full Structural Surveys are strongly recommended before commitment to the purchase (or lease) of all buildings, but particularly in the case of older or more complex structures. This type of survey often saves our clients many thousands of pounds. 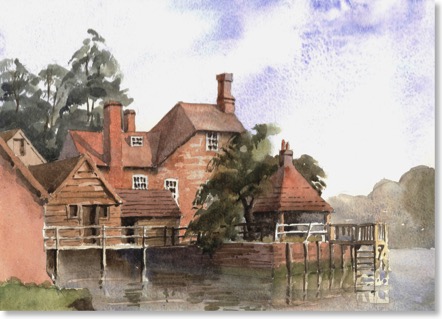 This useful document is an economical option in which the survey and valuation provide a more limited “overview”. This type of report is more often chosen for standard modern buildings in which ground conditions and structural anomalies are unlikely to be an issue. The Homebuyer Survey and Valuation is not recommended for older buildings, pre-1930.

We prepare Residential Valuation Reports for many purposes, including marketing, probate, mortgages, taxation, etc. Our reports are always comprehensively in line with the “Red Book” standards required of all Members of the Royal Institution of Chartered Surveyors. We can provide both current or retrospective valuations in all cases. We keep in touch with the property market on a daily basis. 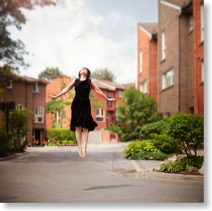 Please Contact Us for immediate advice and a quotation.


Alternatively Contact Us to discuss your requirements for the best service.

Your Expert New Forest Building Surveyors: Why Choose Us?

Damage to buildings caused by subsidence or volumetric changes in ground water content are potentially the most serious event to affect any building; this can also have a serious impact on those who own or occupy the structure. We make it our business to identify the physical signs and to know the geological imperatives, so far as we can without excavation. We also carefully consider the co-existence of buildings with trees, in terms of type, proximity, maturity and relevant soil series.

We Understand Buildings of Every Age – brand new or ancient. Our expert surveyors possess MSc or Post-Graduate Diploma qualifications in Historic Building Conservation in addition to Membership of the Royal Institution of Chartered Surveyors and other professional bodies. We take a great interest in older houses and Heritage buildings – we understand their structural types from stabilised earth through cobb and lime to stone. We identify damp, fungal decay and wood boring insect damage in perspective and are wary of many “so called” timber and damp treatment specialists whose recommendations sometimes involve unnecessary cost or even further damage.

Subject to your Requirements on your Behalf we can...

We Make No Additional Charge for Travelling –
One of Our Survey Teams May Be Nearer Than You Think!

About Residential Property Market in the New Forest

Since 2005 a large part of the New Forest Local Government District has been designated a National Park.

Across the country home buyers pay a significant extra increment to purchase a home in a National Park.

According to a recent Halifax survey, residential property in National Parks command average values 48% higher than the median cost of similar property outside the Park in the same county. Currently the most expensive of all the National Parks in respect of domestic real estate is the New Forest. The high prices typically reflect lifestyle benefits associated with residing in some of this country’s most picturesque locations.

Broadleaf woodlands, as well as heathland in areas where former cultivation of poor quality soil have reverted. This Park is one of the largest remaining tracts of unenclosed pasture land in Southern England.

The Georgian town of Lymington, noted for its harbour front, sailing marinas and cobbled streets has won accolades for natural amenity and recreational

aspects.
The small towns and villages including Lyndhurst, Brockenhurst, Beaulieu, Boldre and Sway are among widely known New Forest destinations for residents and visitors alike. The Solent shores, creeks and harbours combine with the forest hinterland and form a region of special charm and appeal.

From the Town and Country Planning standpoint, the New Forest National Park Authority is aware that small scale changes to the landscape, buildings and settlements take place almost constantly. The cumulative impact of such changes could slowly erode the distinctive character of this special environment. In December 2011 a “Design Guide” was produced to assist those proposing alteration and improvement works; Click to View (PDF) this useful document.

The topography and geology of the region extends across an elevated plateau, sloping down towards the Solent coast. The water courses cutting through the plateau fall generally south or east towards the Solent or Southampton water. The whole area is contained within a downfold of chalk creating a basin in which gravel, sand and clay predominate. The southern rim of this basin is the high chalk ridge of the Isle of Wight: the Island shares the marls of the Headon beds and the “Bembridge” clays and limes. A broad band of Barton clays and sands typifies the soils adjoining Southampton Water.

Contact Us: Today to discuss all your requirements for a Survey and
Surveyor in the New Forest National Park Area

Please Click Here to see past Testimonials we have received.

Tombleson Associates Ltd is a multi-Disciplinary Practice with a focus on the “land” professions, that serves the Southern Counties of England from a Central Office Base.

We work with clients to understand their Building Surveying needs and tailor bespoke solutions to their strategic requirements.
Registered Address: